A 3D RPG-action game in first person. It was developed in two weeks for the supportive campaign Play&Care by Juegaterapia. This game is a remaster of the same name game developed in 48 hours for the GameJamUA III made by Indiegnition (named “DMK Team” in those days).

You play as a warrior locked in a crypt. You have to gather four flames to open the final boss room. Defeating this boss, you will achieve the victory of the game.

Along the game you will find some enemies and traps. These obstacles can kill you, decreasing your life counter. You have to destroy them with melee attacks, or casting your magic skills using mana. 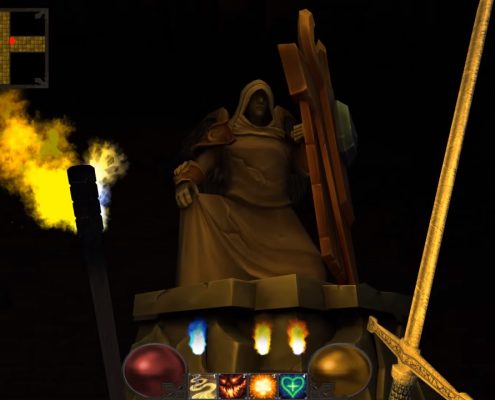 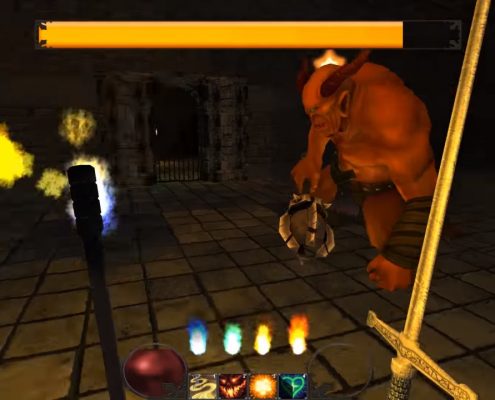 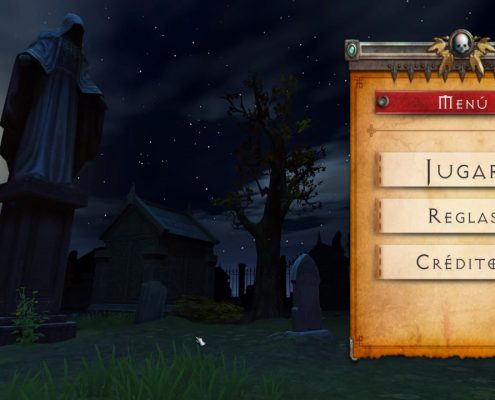 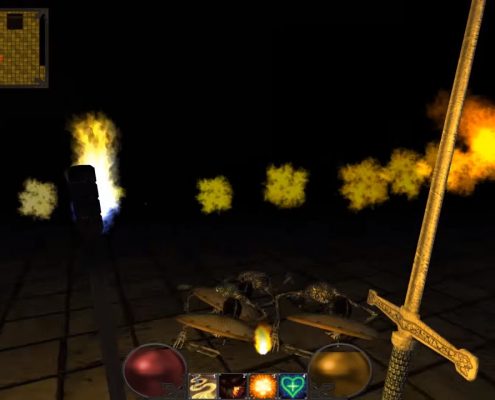 You wanted to go in dry place looking for flames to turn on your cigarette… But in these graves you will meet only the death.

With sword and torchlight, go down into the catacombs, gather the four flames power and use their energy to purge the evil who lives in the depths of the crypt.

The game was developed with Unity3D.

Graphics are from Unity Store Asset and OpenGameArt.